November 12, 2019 was an evening to remember! Over 470 friends and supporters gathered at The Lighthouse (Chelsea Piers) for the Hope & Heroes Annual Dinner and raised more than $1.2 million for the pediatric oncology and hematology program at Columbia University Irving Medical Center. It is our biggest fundraiser of the year and one of the most sought-after charity events, attracting support from financial and business organizations in the tri-state area. 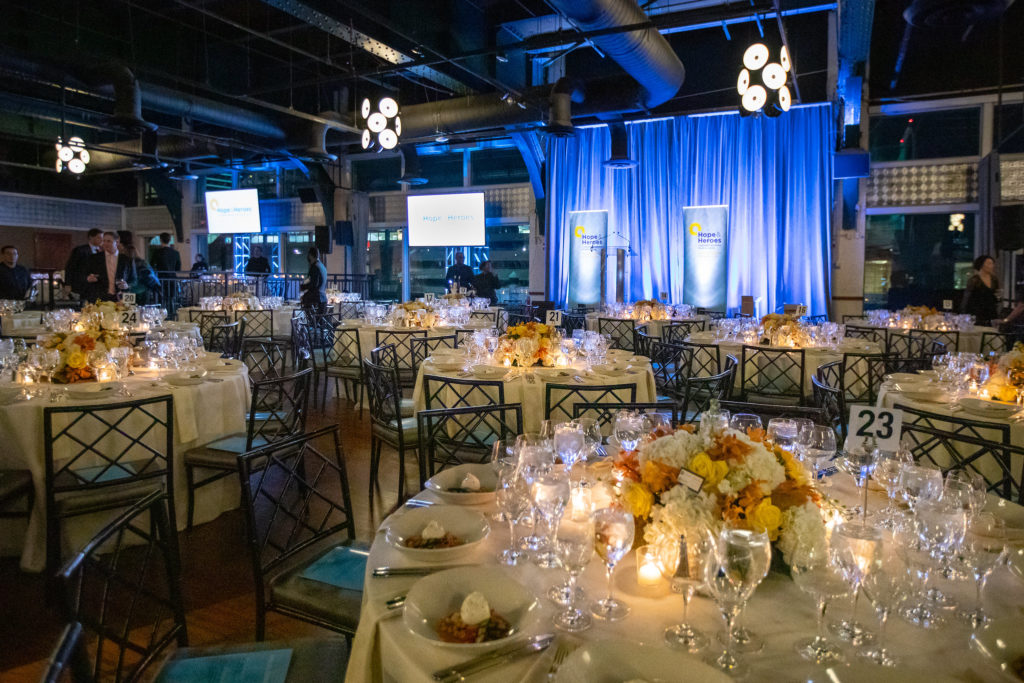 The Lighthouse at Chelsea Piers

This year’s honorees included Dr. Lee Goldman, Executive Vice President and Dean of the Faculties of Health Sciences and Medicine and Chief Executive of Columbia University Irving Medical Center and Andy Saperstein, Head of Morgan Stanley Wealth Management. In accepting the Dustin Drapkin Memorial Award, Dr. Goldman expressed his deepest gratitude and appreciation for the work of Hope & Heroes.  “I’m here to thank all of you. This gathering is an extraordinary example of what dedicated people can do. Hope & Heroes is a very special organization – nothing like it in the city.” 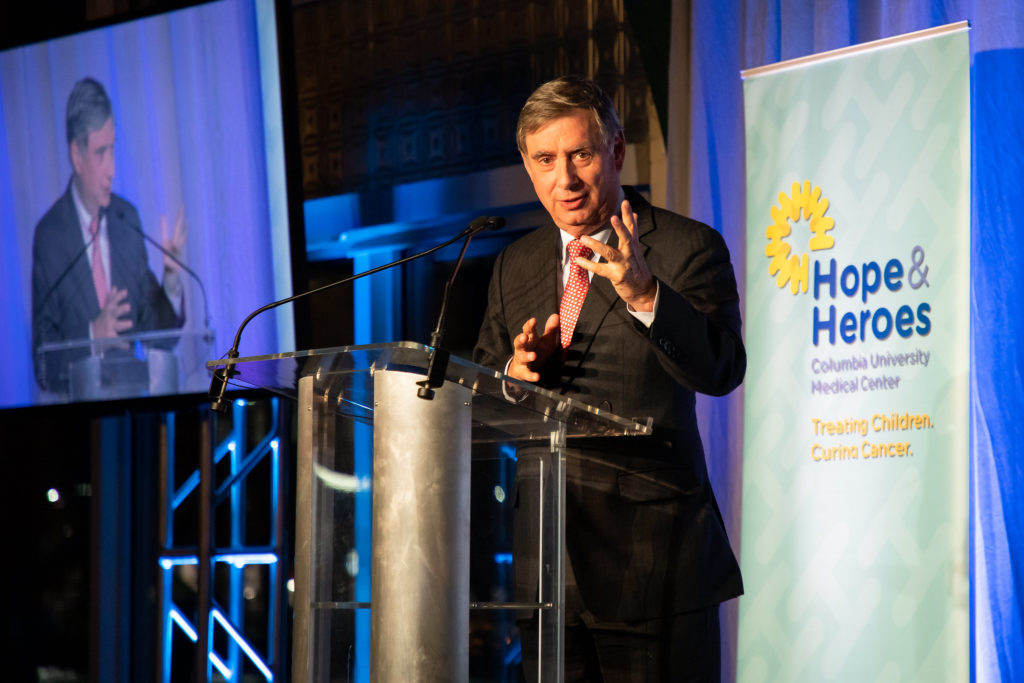 Andy Saperstein spoke about his deep admiration for the heroes that are among us – including physicians, parents, and patients. “When you walk the halls of the center, there is the greatest concentration of heroes that you will ever see. None of these people think of themselves as heroes, but they are in the fullest definition of the word.” 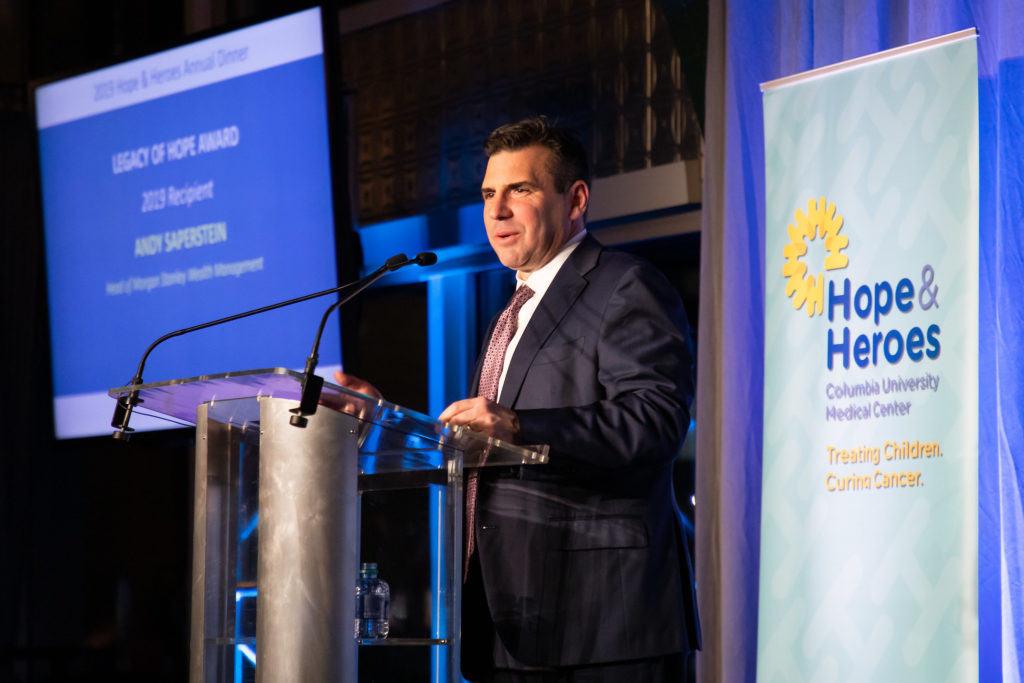 In addition to honoree speeches, attendees caught their first glimpse of the Hope & Heroes documentary, which chronicled the journey of three patients and families who received treatment at Columbia. Several of them were in attendance at the event, including Aaron Prince (who served as the evening’s emcee) and the Farrentino Family. 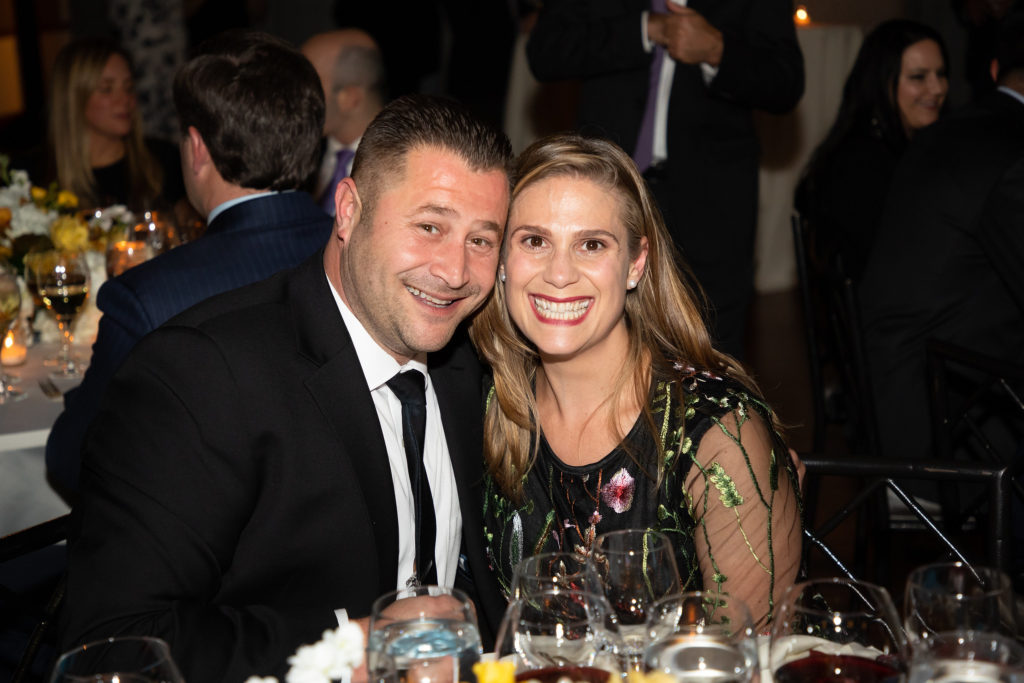 As in years past, guests took a chance and placed their bids during the silent auction. Vacations, sports packages, and other experiences were extremely popular and hotly bid upon throughout the evening. For the second year in a row, there was a live auction that engaged attendees and generated a fun spirit of competitiveness. Items up for bid included exclusive dining events and special golf getaways. 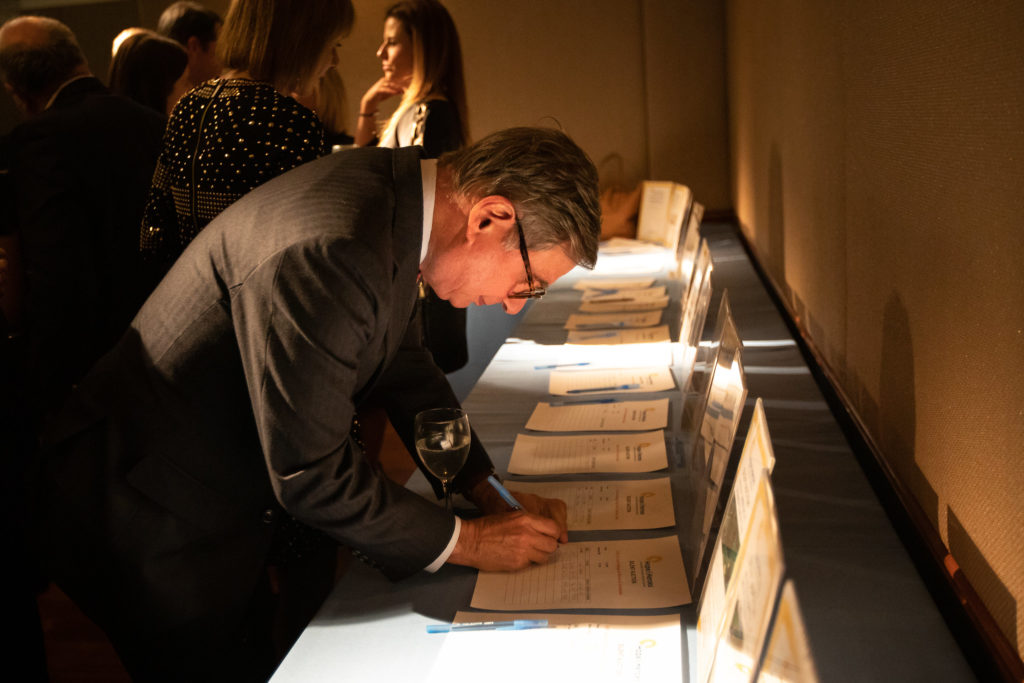 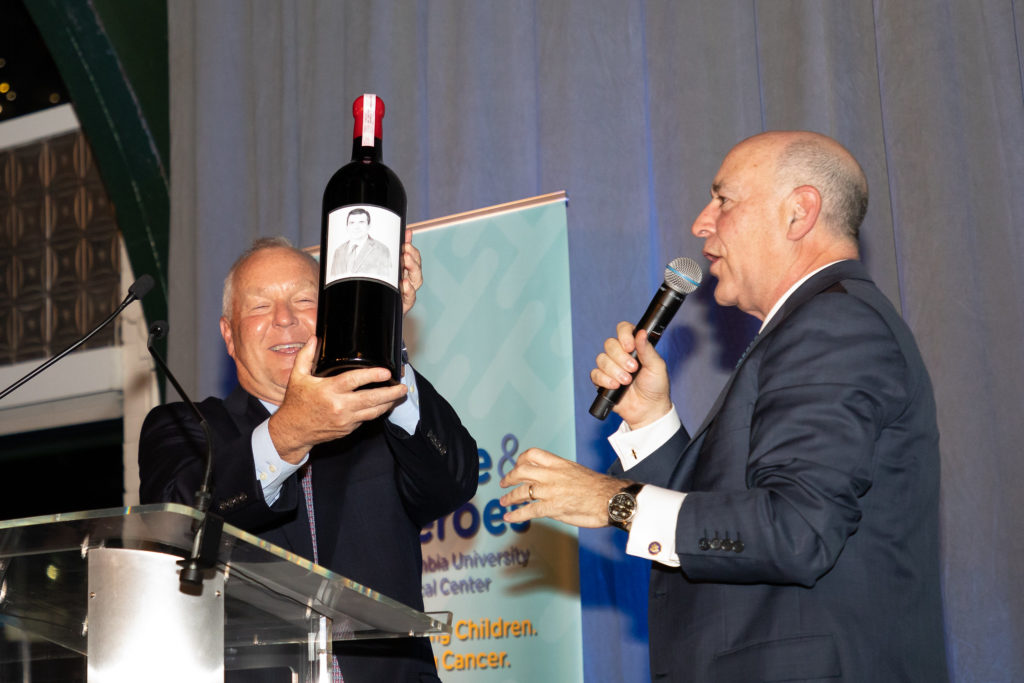 The evening was a major success, thanks to the generous support of our attendees, special guests, and all of our amazing sponsors. We appreciate everyone’s continued support on behalf of the children and families we serve. Photos are now available online: http://bit.ly/HHAnnualDinnerPhotos.