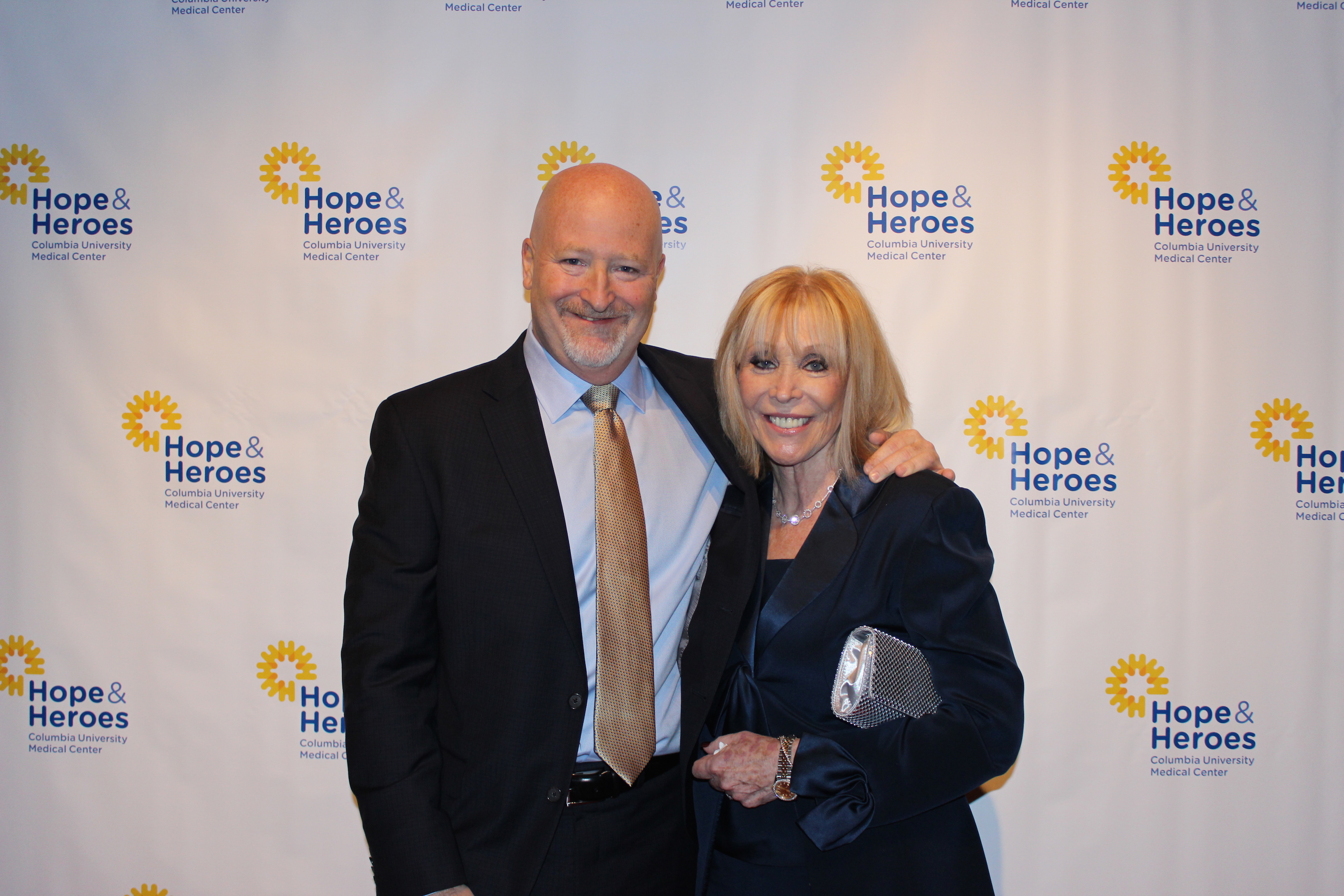 In November, I was asked to introduce our son Jeff Binder at the Hope & Heroes Gala at Chelsea Pier in New York. He was being honored as the recipient of the Dustin Drapkin Memorial Award. As I was writing down my remarks, it forced me to think back and relate to my time at Columbia Medical Center (then Babies Hospital). It was forty years ago that Jeff was treated for non-Hodgkins histiocytic lymphoma. As I told the audience that night, at that time, there was very little information available to us about pediatric cancer and very limited ways to access information. These were the days before social media, and google. We also didn’t know how to connect with other families with the same problem to share feelings, experiences or information. One minute we were in life’s “audience” and the next minute we were “centerstage.” Your life is never quite the same again. Even now, after all these many grateful years of remission and cure, those days are still so much a part of ourselves. After this experience, every ache and pain becomes a symptom and nothing is just another ache and pain.

We recently took a tour of the children’s hospital at Columbia and I commented about how many things have changed over the years. The facilities we saw were bright and cheery and not drab and foreboding. There was more “family friendly” thinking that had gone into the facility. Certainly there was more personnel (social workers, etc.) trained to help and answer questions and the treatment was more advanced. Chemo was given more easily through ports to avoid constant needles. But with all of the changes that I saw, there was always one constant that didn’t change, the pain and fear that a parent experiences when their child goes through treatment for a life threatening disease. I know this from personal experience  – as a mom and also as a volunteer for three years at the hospital after Jeff completed his treatment and was well. Meeting other families and watching them with their children, I knew that we were all in the same place and could know each other’s thoughts without ever voicing them. With the diagnosis of illnesses like these, you are automatically thrust into a world where nothing else seems to exist. All the day-to-day “problems” you had before, don’t seem important any more. You are “in treatment”  and people who have not gone through it might sympathize, but cannot  understand – even though they think or say they do. After the first weeks of not accepting the news, not wanting to get dressed or talk to others, I then realized that it was harmful to Jeff not to try to be my usual self. I had to be dressed and upbeat so that he would not recognize my own fears and in turn be more fearful himself.

In our personal journey, I tried to make as normal a life as I could for our family out of an abnormal situation. So much was out of my control, that I tried to hang on to as much as I could of the things I could control. Jeff was treated for over three years and during that time I remember trying to bring  positive energy to Jeff’s day. We entertained his friends and family at home and kept things upbeat. Even though he missed so much school, we made sure he still kept up with his work that we brought home each week. One of our biggest challenges was how to achieve keeping the “fun-family” parts of us along with the “not-fun” parts. Time management was so important – trying not to neglect the needs of our young daughter even though so much time was devoted to treatment.

Did this experience change all of us? Definitely. After Jeff’s treatment ended, it was a very confusing time for us. He was almost 12 when it started and almost 15 when he was finished.  Frequent treatment kept Jeff out of school for most of the three years and although he had some close friends, he wasn’t able to socialize on his own or have the growing up experiences they were having. We all had to readjust. He became sick as a young boy and got well as a young man. It was another aspect of the non-medical impact that this disease has on your life.

This experience has influenced us in so many ways and has inspired us to give back to the people and the place that helped us through it. I became deeply involved in the children’s cancer clinic at Columbia. Jeff vowed that he would someday do something to help children who found themselves in the same situation that he did. And he kept his promise.

We are all so thankful for Jeff’s recovery and we’re so proud of how he has achieved his childhood vision of helping sick kids though his foundation that he has named for me called “Moppie’s Love.”

The Parents’ Room is a regular Hope & Heroes guest blog by parents of patients and survivors treated at Columbia. It is intended as an inspirational resource for parents everywhere. It originated in the experience of Myrna and Lou Binder, parents of cancer survivor Jeffrey Binder.

I met the Binders in 1981. It was the best thing that happened to me that year. And dare I say, one of the best things that has happened to me in my entire life. I came in on the end of this story, and while I didn’t witness their challenges as they navigated thru Jeffrey’s treatment, I do recall them sharing so many stories with me. Little did I know that in 1984 I would be touched father would diagnosed with non-Hodgkin s lymphoma. And it will come as no surprise that Moppies Love was right there for me too. Thank you Myrna for sharing your thoughts and experiences with all of us. Once again, spreading you love and help to everyone who might need it.